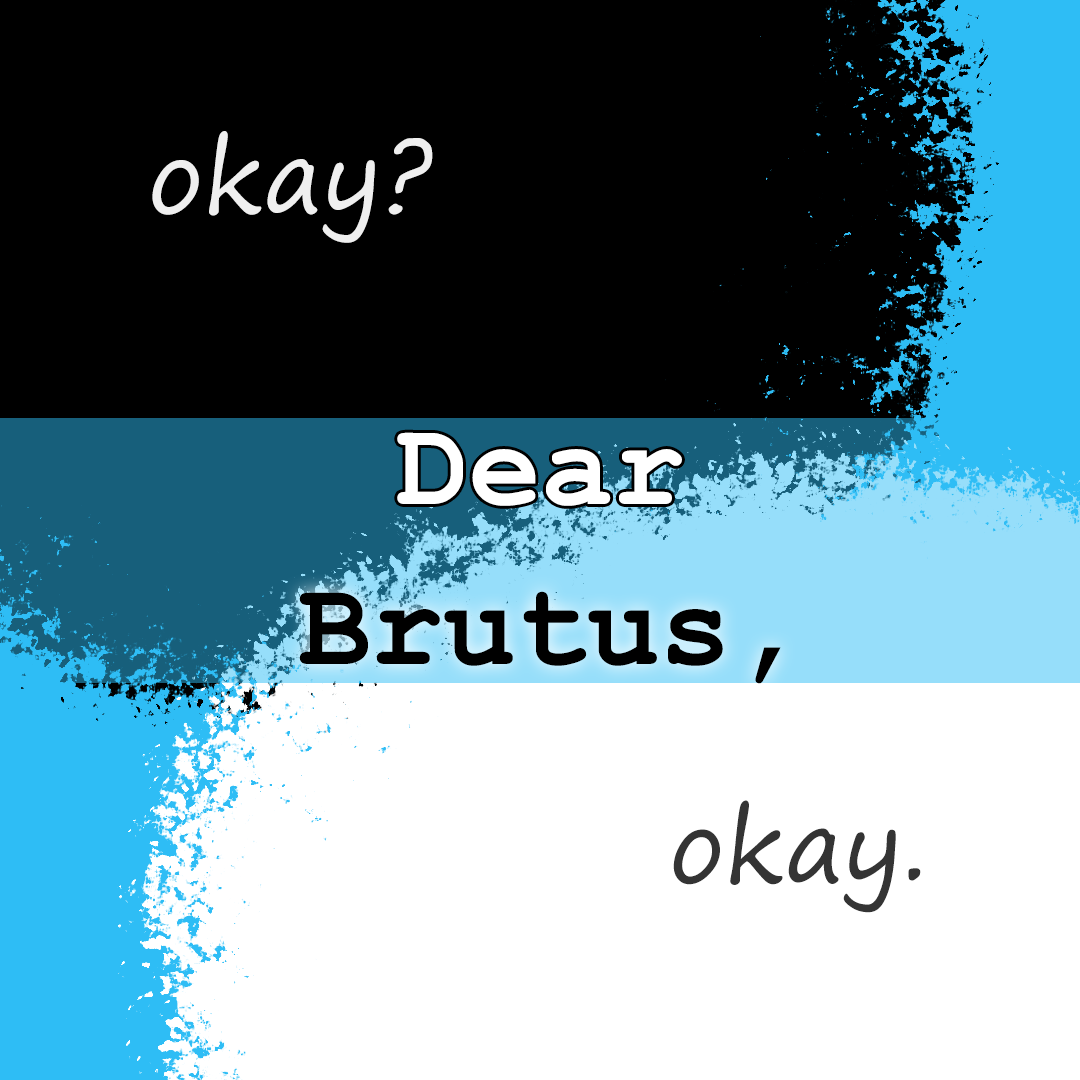 In January of 2020, I embarked on a quest to read all one hundred books on the “Must-Read” list compiled by Goodreads. These evaluations are completed in two posts over on my book blog, The Pensive Bookworm—one is an analysis and my opinion regarding the book’s inclusion, the second is a review. Last year, I read sixteen books, and agreed that most do belong on that must-read list. In planning my books for 2021, I made a difficult decision: I’d tackle The Fault in Our Stars by John Green first.

Originally, I’d planned to evaluate The Fault in Our Stars in October of last year, but with some personal life chaos compounded by the general status quo in the United States at the time, I took a hiatus from The Pensive Bookworm altogether. Nonetheless, I decided to read The Fault in Our Stars anyway, thinking I could get a little ahead on my posts once I resumed publishing them.

In October, when I opened The Fault in Our Stars, all I knew was I didn’t like the book. I cited the unrealistic-cancer-romance reasons to my friends. But when I started reading the book, I quickly came to an exchange that made my blood run cold.

Suddenly, with my eyes wide open, I remembered in vivid detail all that had transpired at prom my senior year. How what my friend-date had done on prom night sent me into an unhealthy spiral for several months in 2014, then again in 2020—a spiral I am still combatting. I remembered how I’d trusted my friend enough to be alone in a car with him, not unlike Caesar’s trust of Brutus. He wasn’t my closest friend, but he was a young man I trusted.

How absolutely not okay his actions were that night.

The Fault in Our Stars was released on January 10, 2012, which was in the middle of my sophomore year of high school. It was about a year later that I finally read it at the encouragement of my friend, who we’ll be calling Brutus.

Brutus and I met doing charity work the summer after my freshman year. We attended different high schools and didn’t have many mutual friends, so our friendship mostly unfolded via text and Skype on summer nights. By my junior year, we’d entered an on-again, off-again friendship—the result of us both being busy and on separate schedules with extracurricular activities and work. In the spring of my junior year, we discussed attending his prom together; I had no interest in attending the one at my high school. My high school sweetheart and I had ended things for the final time on my seventeenth birthday in the fall and I didn’t want to watch him dancing with his new girlfriend; my best guy friend was also my ex’s best friend, so I knew we wouldn’t spend time together; and my best girl friend, a senior, was taking her boyfriend, so I didn’t want to interrupt her having fun with her friends one last time.

Over the course of our junior year’s spring semester, Brutus and I discussed several books, but The Fault in Our Stars most of all. I had mixed opinions about the book. As a cancer survivor, hearing my peers discuss the romance between Hazel Grace and Augustus Waters with an added “I wish I could fall in love like that. Having cancer wouldn’t be so bad if I found my soul mate” made my in-remission blood boil. I would sit in classes, teeth gritted, thinking You have no idea what chemo is like. If you did, you would never say that. Ever.

First of all, falling passionately in love in exceptionally rare, even more so as a teenager when communication skills are still being developed. Secondly, the love story within The Fault in Our Stars is inherently glorified and glamorized because it is Young Adult fiction—it’s idealistic. Finally, it’s a safe bet you [my peers] have no idea what sort of hell chemo and radiation thrust upon the human body, details that surely weren’t included in the book because what teen would want to read about feeling like you’re defecating fire and requiring diaper rash cream as a result? (I was a bit of an opinionated teen.)

Alas, when Brutus had suggested the book, I read it and immediately formed a muddled opinion.

Having come off a break-up (both my high school sweetheart and subsequently the post-college-age man with whom involved me in a quid-pro-quo sexual arrangement) and being rather bitter about my three favorite people being about to graduate high school, I wasn’t in a particularly romance-y or fairy-tale-loving place.

The thing to know about Brutus, though, is he prided himself on being an “original hipster”—a hipster before hipsters were cool. (Ah, the early 2010s—cringe with me now!) He liked drawing, and quoting poetry, even if he wasn’t always using it correctly. When I finished The Fault in Our Stars, he was exiting a relationship, and we found ourselves talking quite frequently. At one point, he asked how I was doing and I said, “okay. you?”

“okay,” came the response. Then, “maybe okay will be our always,” quoting Augustus Waters.

And for the next year, even if we hadn’t talked recently, he’d text me “okay?” and I’d respond “okay” or vice versa. It was our way of showing we were there for each other if one of us needed to talk.

For some reason, I wound up not going to prom with him that year; I don’t remember why. Senior year, though, he asked again at the absolute last minute—his girlfriend dumped him the night before the dance. He texted me and asked if I had anything that would match his tie and vest, and if I did, would I like to go with him. I agreed; what else did I have to do after work?

We arrived late to the dance because of my work schedule, and when it was time to leave, he had to pull over to allow a large truck to pass (the high-beams were blinding us, bouncing in the mirrors). He drove into an under-construction neighborhood to turn around…but then he didn’t turn around.

He drove us to the back of the site, where there was a quarry. He took off his seat belt, then mine, then started kissing me, pulling my clothes aside as I resisted.

I’ll spare you the details now, leaving you with simply this: When I forcefully declared I was absolutely not having sex with him (all the while shaking—I’d been violently assaulted only a year prior), he said, “Well, if you’re not going to fuck me, do you mind if I take care of it myself?”

I scoffed and threw a “Whatever, buddy” over my shoulder and exited the car, barefoot, half-dressed, and looked down at the quarry. This is how Law & Order: SVU starts. Ugh. Where is Stabler most likely to find me? I chuckled at my gallows humor and started trekking back the way we’d driven, hoping to find someone taking their dog out or any other sign of awake life. Meanwhile, I texted a friend to come get me while raising the alarm with another friend. I didn’t tell the first friend what had happened, just that I needed a ride home; the second friend talked to me the rest of the night, another four hours well-past three in the morning, until I was cleaned up and able to sleep.

My friend picked me up and I didn’t give Brutus an explanation, only saying I had to go home immediately. The next morning, Brutus texted me, asking if I’d had a good time because he had. When I didn’t answer, he sent another text. “okay?”

“Are you kidding me?” I replied. “No. What part of that do you think was fucking ‘okay’? To be clear, I did not have a good time.”

I watched the iMessage bubble as he typed, eventually sending, “Oh. Sorry. Why didn’t you say something?”

I blocked his number immediately.

I started reading The Fault in Our Stars again this week. When I read it in October, I struggled to focus, my attention pulled between the text before me and the trauma behind me. As I re-read it now, I’m trying to evaluate this book as fairly as I have others on the list. I’m struggling, and all I know to do now is address the so-called Brutus in my life.

The title of The Fault in Our Stars comes from a line from William Shakespeare’s Julius Caesar. Cassius says, “Men at some time are masters of their fates. The fault, dear Brutus, is not in our stars, but in ourselves, that we are underlings.” Essentially, Cassius is telling Brutus that our destinies are not controlled by the stars, but by what is within each of us—who we are and what we do—we remain slaves to fate because all of our fates are interconnected. (I’ll address this more on The Pensive Bookworm as it pertains to Hazel Grace and Augustus.)

This quote gives me pause, but it makes sense.

If Brutus had never sought to refuse my “no,” I never would’ve had to escape.

Thus, without that, I may never have realized just how tenacious I am.

Furthermore, without this experience, which later forced me to acknowledge the repeated sexual assault in my youth by multiple men, I never would’ve entered a career where I get to work with amazing authors, like Katherine Turner, who are essential voices in the #MeToo Movement, uniting survivors and making warriors of us all. And without this career, I would not be the woman—and thus, mother of a son and a daughter—that I am today.

I am not thankful for what Brutus did. At the same time, I don’t allow myself to get lost in the life I could’ve had or who I might be if he hadn’t been so disrespectfully persistent. That is what happened; this is where I am now.

I’m not going to let what Brutus did rule my life.

I’m determined for my reaction to his—and those of others—actions define me.

My reaction. Not his actions. Not their actions.

I will be a voice for change. I will be a mother who raises a son who women need not fear. I will raise a daughter who is an untamed force of nature. I will be a friend for all types of days and nights—the four in the morning calls and the woman in the gallery, watching a predator get convicted (and helping that conviction however I can).

I agree with Cassius. The fault is not in our stars, but in ourselves. The faults of the so-called Brutus in my life set me on a path that led to a reaction that will define my story. And I am damn proud that I was able to rebound in a way that allowed me to live to see this day. And the faults within me…I view those as tectonic fault lines, not failings. Like kintsugi, I have many cracks, and sometimes there’s a shift in my life that causes me to quake. But when the ripple settles, I walk a little surer of myself—if I can survive that, I can survive whatever the next this will be, too.

I wasn’t crossed by the stars, fated to an abysmal destiny, as a result of what you tried to do that dark night. I may be a slave, but I am a slave to the dawn, that glorious light of day that shines so brightly that cowards like you have no place to hide.

That, dear Brutus, is okay with me.

And that is my always.